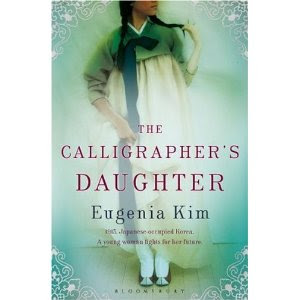 One bizarre image tends to dominate Americans' impressions of Korea: that of dictator Kim Jong Il, whose catastrophic reign overshadows centuries of a rich, complex culture.
Eugenia Kim's sensitive first novel, which depicts 30 years of Korea's modern history in light of its ancient past, is an illuminating prequel to present-day events.
Set from 1915 to 1945, it's an intrinsically interesting account of the collisions of cultures: the strict traditions of the aristocratic (yangban) class gradually superseded by the inevitable changes of modernity and the attempted erasure of Korean language and traditions by the occupying Japanese.
Against this dark background, Kim recounts a poignant family history, much of it based on her own mother's life.
Najin Han, the daughter of a brilliant classical "literati-scholar-artist" and calligrapher, is the protagonist and narrator of much of the story.
Born in 1910 during the initial years of the Japanese annexation of her homeland, she is constricted by her stern, strictly conservative father's ideas about filial respect and the subjugation of women and also by the punitive laws imposed on the Korean people by their conquerors.
When Najin's father decides to marry her off at age 14, her mother defies him by sending their spirited, intelligent and ambitious daughter to Seoul, where she becomes a companion to the young Princess Deokhye during the waning days of the centuries-old dynasty.
Later, a determined Najin attends Ewha Women's College in Seoul.
At age 22, when the Japanese close the rural school where she is the principal, she finds, to her surprise, that she can love her parents' new choice of a husband.
He is Calvin Cho, who is about to embark for America, where he'll study for the ministry.
A vista of further education and intellectual independence opens to Najin.
Until this point, the narrative is keenly and often lyrically observed but somewhat slow to develop dramatic momentum.
However, the sweep of fate that destroys Najin's hopes injects tragic intensity into the story.
The day after her wedding, Najin is denied a passport.
She spends the next decade separated from her husband, first in servitude to her lower-class in-laws, then in a penurious existence with her parents as the war in Asia flares and Japan robs Korea of its rice and its population.
Kim's account acquires depth and immediacy as she draws vivid pictures of wartime poverty and hardship. Throughout the narrative, she gradually reveals many facets of Korean identity, especially the role of religion, where devout Christianity exists in harmony with Confucian belief and ritual.
As Najin begins to question Christian doctrine about the sanctity of suffering and sacrifice, her conflicting emotions add dimension to her character.
In quietly recording the arc of a woman's experience from idyllic childhood through harrowing adulthood, Kim mirrors the changing nation.
The ending of the book is somewhat rushed, as Kim tries to encapsulate events in the immediate postwar period, but overall this is a satisfying excursion into empathetically rendered lives.
www.washingtonpost.com
Eingestellt von Frau Nilsson um 08:56